Smith & Wesson M&P Shield 9MM – Is this the right gun for you? 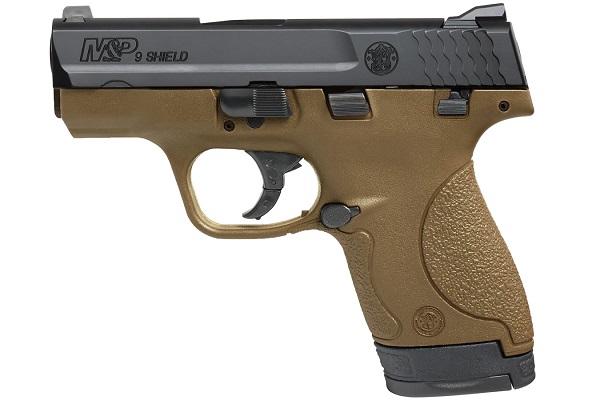 As I continue to build this business up, I find myself using excuses to buy guns I might not otherwise buy. Now, the more I am training, and the more students come through my classes means I try to buy used guns that my students may like try as a test before they go out and spend their hard earned money on a gun they may not like. So I buy a gun every now and then and place it into rental service for my customers to try.
One gun under that description is the Smith & Wesson M&P Shield 9MM pistol I bought used last fall.

So I bought a used Smith & Wesson M&P Shield in 9MM and took it to the range with a few of my friends and fellow instructors. This day, we had finished with our New Mexico Concealed Carry course students and decided to spent a few minutes practicing. I loaded up the M&P Shield (not the 2.0 version) and started shooting. After the first magazine emptied, I noticed the slide was forward. That seemed weird but being unfamiliar with firearm, I ran some dry fire drills and racked the slide with an empty magazine. The slide locked. Ok, even more weird. Herman, a fellow instructor, offered to shoot it to see if it did that with him. What a guy, offering up his time and expertise to shoot my gun and ammo in order to troubleshoot a problem. (Herman is a good instructor and one I trust with my hard earned students.)

So he shoots a couple magazines worth of ammunition and each time, the slide locks to the rear. Ok, so the gun needs to be shot some in order to work properly. No big deal. So I load up a couple magazines and decide to practice my USCCA Defensive Shooting Fundamental skills. From the holster, 3 to 5 rounds, lateral move, reload as needed, check left right, ect. The gun works fine through the first and second volleys without the need for more ammo. Then I shoot my third volley and the gun runs out of ammunition and the slide stops forward and in battery. Ok, now this is getting to me. What the hell is wrong with this gun that only I can make it malfunction? I ask Herman to stop what he is doing and closely watch me and shooting to see if he can see something I am missing. I tell him, we are highly training and highly qualified with decades of military shooting experience between us. I also tell him, we pride ourselves on our ability as instructors to see what a student is doing wrong with regard to the fundamentals, so between us, we need to figure it out.

I have 2 magazines with 2 rounds loaded into each. I load and make ready and stand at the high compressed ready position. I am mentally running through what I am about to do…. when it hits me!! I turn the gun slightly to the right, keeping it pointed downrange and look at my grip. And I just start laughing. Still at high ready, still maintain range discipline, just laughing. And Herman is like… What the Hell? What is going on? I told him, I figured it out. So as he is asking, I say… OH NO….. you are an instructor working with Vigilant Firearms Training!! YOU figure out! Now he knows we will not doing anything on the range to purposely reproduce a safety mistake, or do something to risk anyone on the range. But he also knows, I like to make sure we are exercising good range situational awareness with regards to our students. Looking for support hand behind the slide, or finger on the trigger at the high or low ready position, or anything like that is what we strive to catch before an negligent discharge happens and before any students get into a dangerous situation.

So I tell him, I will just keep doing what I have been doing and you figure it out. He is on my right side. My guess was that he would not figure it out until he comes over to my left side. I am a right handed shooter. I shoot 2 rounds and the slide slams forward again, not locking when the magazine is empty. Herman may not realize I only loaded 2 rounds so I dry fire and he hears the click. He is still on my right side and says… I figured it out! I rack the slide and it locks to the rear with an empty magazine. He tells me. Your grip is causing the slide to release when the magazine is empty.

He is 100% right! As soon as I figured it out, I started laughing because it is one of those things that racks your brain but in the end, it was simple. I am just short of 6 feet tall, 240 pounds, not the greatest shape of my career, but my hands are normal to slightly large in size. Herman figured out, without even looking at grip from the left side, that my right thumb was pressed up against the lower portion of the gun, right underneath the slide and exactly where I like to have it on my normal carry gun, which is a Glock 19. Not a problem on the Glock, but on this M&P Shield 9MM, which is smaller than the Glock 19, my thumb liked sitting right on the slide lock which caused the slide to return to battery position even when the magazine was empty.

I learned or relearned at least 3 things that day.