DSF – My Own Experience 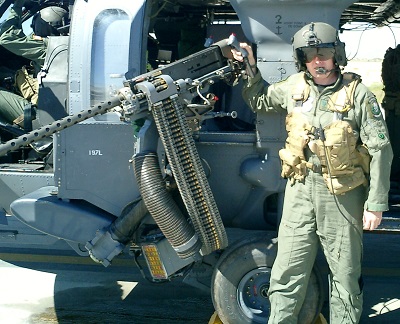 In the Summer of 2018, I started teaching USCCA’s Defensive Shooting Fundamentals (DSF).  A learned a few of the ideas and concepts years prior, but it never came together like it did during this training. Some of the things I have learned in the last 7 years were right out of these lessons and there were times I was thinking that the author and creator of this for USCCA, Rob Pincus, was right inside my head.  But then I learned a whole lot of new information, and new techniques for things I have been doing for decades.  Some of it was not necessarily wrong, but there was a better way to do it.  Efficient versus effective.  Probability, plausibility, and possibility explained in much more detail.  Levels of why are not new concepts for me, but learning 3 levels down of why for most everything I teach is sometimes difficult for the areas in which are not my strongest.  One level of why is easy. Two levels of why, slightly harder but not too hard to achieve.  Three or more levels of why down is where I truly become comfortable teaching because I have numerous ways to explain it.

There 2 levels of DSF as I write this.  Level 1 is for anyone and level 2 is only for those that complete level 1.  I have taught both and practiced both regularly in order to teach it well.  Ok, to be honest, I don’t practice it because I want to teach it well.  I practice DSF level 1 and 2 in order to be better prepared in the event I get attacked.  I practice intuitive and instinctive shooting techniques because these are life-saving skills.  I remember thinking, I have been taught military and NRA classes for decades and although I have heard some of these ideas and concepts, I have never seen it put together like this. And there were some of these ideas that initially did not make sense, so I asked questions. And the instructors who taught me knew the 3 or more levels down of whys so they were easily able to explain it to me.  In the beginning of learning DSF to the level of instructing it, I thought I was not prepared enough for the instructor development course. It took me a little longer than I wanted, but in the end I got there and I was proud to get there.  These are truly well developed, well prepared, and well researched ideas and concepts.

I had some free time on the range with no students around so I decide to run through DSF level 2 range exercises. On the firing line, I am practicing everything that I learned in DSF and I am getting better when compared to last year.  Great!  Isn’t that always the goal?  So I load up the same 4 magazines again and decide to try strong arm one-handed shooting.  I have to say I felt I was doing almost as well as 2 handed.  Ok, so lets try weak handed.  Since I don’t carry left-handed, I was not pulling from the holster for weak handed.  I started from high compressed ready.  Running through the commands in my head, Extend, Touch, Press, and then UP, I was kinda shocked at my accuracy.  So I decided to speed up a little, with respect to the normal 3 to 5 rounds in a quick volley.  After a few more of these, still weak-handed, and paying attention to the fundamentals of DSF, I realized 2 things rather quickly.

Take the time to attend a USCCA Defensive Shooting Fundamentals course! You will learn how to use a gun in the most efficient manner possible to defend yourself. You will learn the difference between efficient and effective and why effective may not be enough. You will learn the difference between plausible and possible and you will learn that both of those are not standards to reach for since the most probable is the best standard. Training for what might happen or what could happen leaves too many variables. Training for what is most probable is the best use of your time, money, and resources.